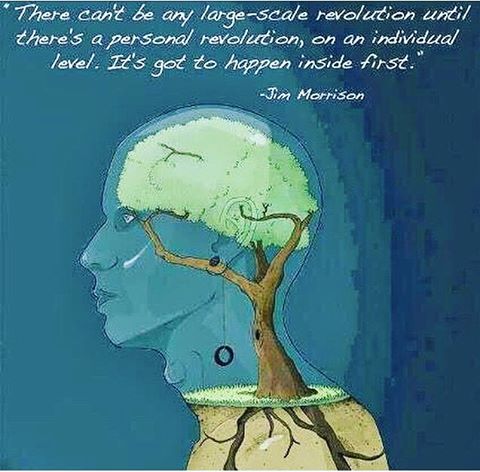 Eddie Izzard, who I think is a comedian on a different level than so many, stated in a standup routine once that people can’t comprehend mass murder, and he’s right. In his words “you kill 20 people, you go to a hospital and people look at you through a small window for the rest of your life, and kill more than that, we just can’t deal with it”. While in the context of comedy, in a seriously unfunny situation, he is indeed right that we as humans can’t seem to fathom mass murders.

Whether what happened last night in Orlando is a “hate crime” spurred by anger about gay rights, or an act of “terrorism” due to admiration of ISIS, does it really matter?  50 people are dead, with possibly more to pass away also as others are in critical condition, and over 50 people wounded. I personally think that A) yes, there is some kind of sociopathic hatred involved in this and B) you kill and injure that many people, it IS indeed terrorism.

The world is insane. Let’s face it, it’s true. Our society idolizes people who are famous for their last name. Our children’s heroes are people who can shoot a basket, or run a football, or sell a million records (heavily autotuned, usually). There are first world countries, third world countries, (I venture to say 9th world countries, but those are not acknowledged as such); entitled little twatwaffles in the society I live in (U.S.) who thinks that the world and their country “owe” them something that they haven’t worked for; crazy people killing people; drug and alcohol abuse running rampant; violence, homelessness, hunger, fear, war, intolerance, crimes in the name of “God” (whatever “God” is ascribed to by said person), death, taxes, Trump running for president, disrespect and lack of civility and courtesy. Sometimes I shudder about what children of today are having to be emotionally assaulted by.

A friend of mine who has always been wise beyond his years has always had a mantra that he follows in terms of dealing with people: “respect, accept, tolerate, or ignore”. People who you have a lot in common with, including like thinking on important issues, you tend to respect. These people will also usually become those who are closest to you in terms of friendship, and will be people you wish to emulate. Those who have good points, are good people, and are intelligent and kind, but whom you maybe don’t agree with on many important things, you accept. You can learn from these people, and polite and civil discourse is possible. There may even be some mutual respect with these accepted people. Those who somewhat annoy you, or you have greatly differing views on most or all important issues, but are still decent human beings and are still courteous/civil, you tolerate. Yes, they are maybe annoying, but they are those people with “a good heart” that you simply aren’t simpatico with. And those who are merely obnoxious or the antithesis of what you are, and you find yourself irritated by the mere mention of their name, you ignore. Because why is someone that annoying worth any of your time or energy expenditure? This friend, as I said, has always been quite wise in his views of the world and people around him (and I am sure his way of thinking is much better for his blood pressure than most other folks!) And his mantra helps explain his general demeanor of gentle fairness and kindness.

While agreeing with his views and mindset, I tend to lump “accept” and “tolerate” into the same category. Tolerance to me means accepting and valuing the differences of others in our personal world. Differences are important, crucial to the growth of the individual; because we do not grow and learn unless we are challenged. Unfortunately, tolerance is not just a thing, it is a practice, a philosophy; one that unfortunately many people are lacking.

In terms of tolerance, I define myself. I do not care what color your skin is, or what country your ancestors were from; if I am going to consider myself superior to you, it’s going to have a more substantial basis than skin color or ethnic/racial background. I do not care who you love or sleep with. It has no significance to me if it’s not me. It doesn’t matter who you love, it matters THAT you love, because LOVE is revolutionary. I do not care who you are voting for. Yes, that may be a stickler, because it may mean that we have very significant ideologies; but if you are a decent human being, I still value you and can learn and experience from you (and perhaps you can from me as well). I don’t care what work or job you do; I have respect for anyone who takes their job and does it well and with dignity. We are all important in the scheme of things. I don’t care if you have piercings, tattoos, purple hair; I have or have had all of those myself. It doesn’t have anything to do with the quality of my character or how competent I am in my job and my life. (And if you ask me about my tattoos and their meaning to me, you may learn even more about me). My only, long-held prejudice is against those who are ignorant assholes by choice. Otherwise, I give everyone a fair chance, until they prove themselves to me in a negative fashion; and if they do that, I certainly don’t take that negativity and generalize it over an entire population segment.

So horrified and saddened by what happened in Orlando, and that yet again, a specific group of society is seemingly being targeted. I wish so much that as we teach our children reading and math and geography, we could be teaching them tolerance and kindness. I have never used my trigonometry, and many countries of the world have re-divided and re-named themselves since my days in elementary school geography; but kindness is an art and skill that will never be outdated, and will always be useful and needed.

4 thoughts on “There are no words”